There is good access via Skull Springs road, then the Eastern Creek Mining Centre road, with the leases being in close proximity to this road.

The three leases all abut each other and are situated in a small valley, within a horseshoe shaped range of large hills. The leases themselves are mostly gently sloping with spinifex covering alluvial dirt. There are very few rocks visible on the surface.

Cookes Creek runs within 300 metres of the North Eastern corner of P46/1948 and there are several semi permanent water holes close by. (Great for swimming after a hot day)

Prolific nuggets have been found over all three leases using a Minelab GPX 5000 metal detector.

No mechanical work has been done on the leases by myself, however, there’s a lot of upside potential due to the presence of numerous shallow water courses and several large alluvial banks. There’s a small hill at the centre of P46/1947 that appears to have had a small section bulldozed many years ago.

All three Licenses are live, with two having almost four years to run and the third about 3.2 years.

All have approved Programmes of Work in place for scraping and detecting.

The Licenses will not be sold individually, only as a package. Asking price is $55,000 (negotiable) 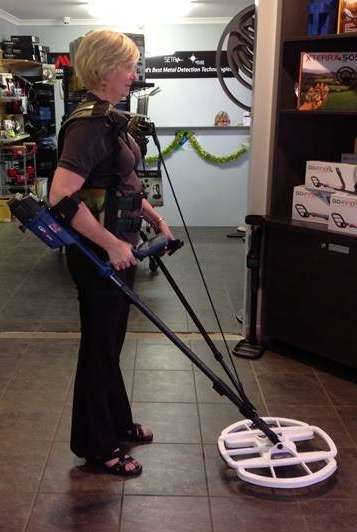 Product Review by APLA’s own roamin’ product tester! I recently had the opportunity to try out a new harness that […]

The Prospectors Pick is a Certified Minelab Dealer. We are not your city based box sellers. We will better any […]